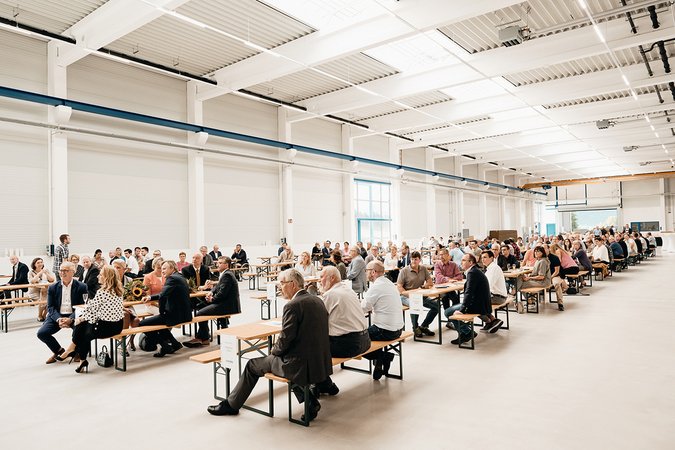 Inauguration of the new production halls of the Siebfabrik 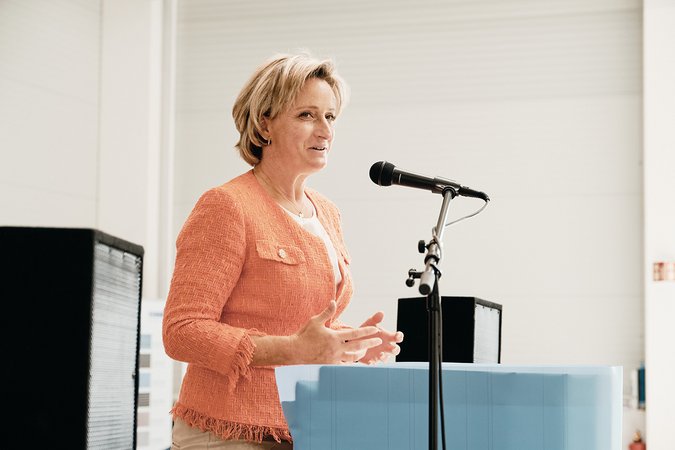 The SIEBFABRIK continues to expand: the new production halls were inaugurated. "We are thus optimizing our production and delivery processes - while taking sustainability and the environment into account," says Managing Director Dipl.-Ing. Christoph Leppla.

The photovoltaic system installed on the roofs of the production halls achieves a peak output of 100 kWp, which is used to power the machinery and the charging points for the employees' electric vehicles and e-bikes with the own electricity of the company. At the inauguration ceremony, Dr Nicole Hoffmeister-Kraut, the State minister for Economic Affairs, Labour and Tourism, praised the engagement of the SIEBFABRIK in her welcoming speech: "I am very pleased about the commitment to the Neckar-Alb region and to Baden-Württemberg as a business location that the SIEBFABRIK Arthur Maurer is making with the expansion of its production area. As one of our 'hidden champions', the company is one of the medium-sized companies that successfully serve a niche market and thus support the economic strength and competitiveness of our federal state."

Take advantage of our professional advice: get in touch with the specialists.